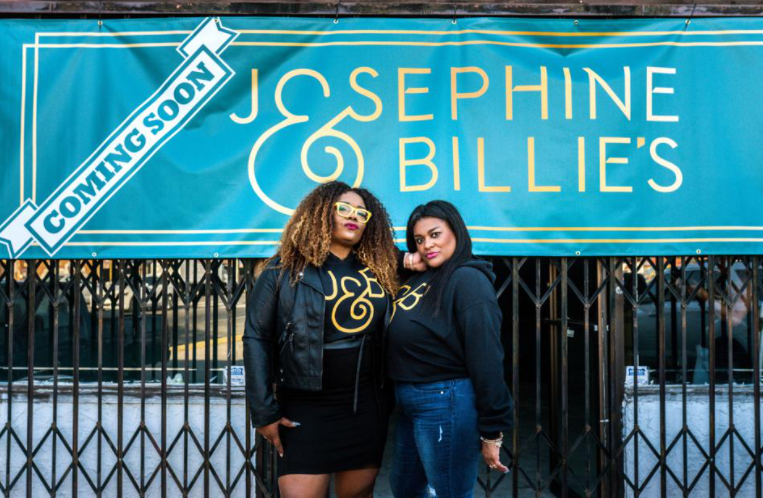 Los Angeles, California, will soon be home to the nation’s first black women-owned cannabis speakeasy. Josephine & Billie’s plans to open its doors in 2021, offering a cannabis dispensary that echoes a Prohibition-era jazz lounge. The space will be a private club exclusively for BIPOC women of color and allies. In order to gain access to the speakeasy, one must say “Billie sent me.”

Josephine and Billie’s is the first investment by The Parent Company (TPCO)’s cannabis social equity program, for which Jay-Z is Chief Visionary Officer. The speakeasy’s founders, CEO Whitney Beatty and Ebony Andersen, COO, are both mothers and entrepreneurs. They decided to name the dispensary after legendary jazz singer Billie Holiday and Josephine Baker, an actress, dancer, entertainer, civil rights activist, and French Resistance revolutionary.

“Josephine Baker and Billie Holiday are our inspirations. Their lives and careers were negatively affected by the racially tinged prohibition of cannabis and the stigmatization of the plant — so in legalization we immediately felt drawn to honoring them, their legacy and what they were resilient in fighting for,” CEO Whitney Beatty tells Forbes. “They stand for strength in the face of adversity, and more importantly, healing. Cannabis is a plant. That plant offers a pathway to ease muscle tension, anxiety, insomnia, it offers relaxation. It’s healing.”

The cannabis speakeasy will be the first of its kind in California as well as in the U.S. “It is a callback to the Jazz age,” says Beatty, “to the pearls and feathers of Josephine and to the poetry of Billie crooning on a rainy evening.” The storefront is meant to emulate traditional ‘Teapads,’ which were hybrid jazz and smoke lounges found in black communities during alcohol Prohibition in the 1920s and 1930s.

“We’re re-creating that era with plant medicine,” Beatty says. “We’ve curated an experience that’s centered around recognizable healing needs, like relaxation, better sleep, and pain relief. We want to help Women of Color learn about cannabis — because not being a cannabis expert shouldn’t be a barrier to accessing self-care. In our space, there’s no question not worth asking.”

The store’s cannabis products will be organized by ailment: anxiety, insomnia, relaxation, as opposed to organized by method. This ideology reflects what the founders expressed to me, that health is at the forefront of the space. The speakeasy intends to be accessible to novice smokers, as well. “Education is at the forefront of everything we do,” says Beatty. Patrons will find infographics on the walls that describe how to read cannabis labels, the breakdown on why sativa and indica aren’t the best way to predict how a strain will make you feel, and more.

What type of cannabis offerings will consumers find on Josephine & Billie’s shelves? “The product lines speak to the diverse and eclectic communities we serve,” says Beatty. Expect to find “a mix of accessibly-priced products that bring customers back in on a consistent basis and the higher-end favorites. We intend to use our market data to craft our in-house brands to fill critical holes tailored for our specific demographic.”

A career land use professional, the company’s co-founder Andersen speaks to the importance of social equity taking a prominent seat as the cannabis industry propels forward in California. “It’s important to start with equitable policies that address the disparities in Black and Brown communities, overall,” says Andersen. “Cannabis is the most recent example of how Black and Brown communities are the most impacted by poor policy decisions yet receive little resources to overcome the resulting inequalities.”

“Most of the retail locations in Los Angeles are in Black and Brown communities and yet, very few are owned or operated by Black and Brown people. When we have an application process for licensing that requires property and heavy licensing fees, we create a major barrier to access,” Andersen says. “The cannabis industry can help address these issues by investing in Black/POC cannabis businesses because they are equally ready for investment.”

“Josephine & Billie’s wants to become a thought leader in this space for the 1.3 million Women of Color in the city of Los Angeles and for millions more around the world with a multi-prong approach,” Beatty tells Forbes.

How did the Josephine & Billie’s and TPCO partnership come to fruition? “I had the pleasure of meeting Eli from TPCO as they were doing research on the social equity landscape in Los Angeles,” Beatty says. “I eventually had the opportunity to pitch our business and it’s been a wild and crazy ride since! I think he could feel the excitement and commitment we have for this space and community.”

“Women of Color have been left out of the cannabis conversation for far too long — this is indicative by how responsive the community has been since we started,” says Beatty. “Research shows anxiety is chronic and more intense for Black women — and yet we aren’t talking nearly enough about plant medicine as an option for relief in our families. Josephine and Billie’s hopes to help start those conversations.”

The address of the future speakeasy is 1535 Martin Luther King Blvd Los Angeles 90062. The brand is announcing its launch today, with the storefront’s exact opening dates to be announced but expected later this year. Follow Josephine & Billie’s on Instagram and across social platforms for updates on its opening. 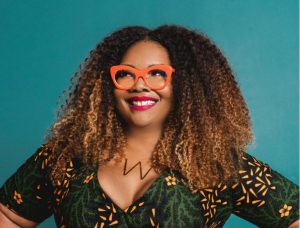 I cover the cannabis industry, psychedelics, culture, and innovation.

Our cannabis speakeasy, the first of its kind in the U.S. is a callback to the Jazz age, to the pearls of Josephine Baker and the poetry of Billie Holiday. It’s a trip back to the “Teapads” in Black communities of the 20s and 30s where folx would commune to enjoy jazz and cannabis while feeling connected, relaxed, valued and safe. 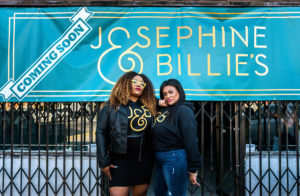 Virtual Walk-Through Though the Coveted Speakeasy